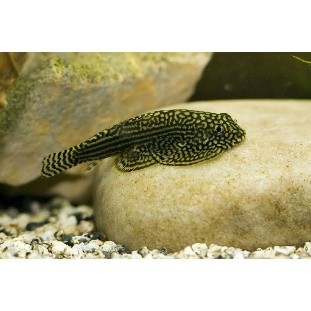 LOCATION: These funny shaped fish are native to the Xi Jiang river basin in China. They live in fast moving rivers and streams. East Malasiya and west kalimanthan provine in Indonesia.

HABITAT: The fish inhabits mainly in depthless rivers with fast flow and upstreams highly saturated with oxygen, small tributaries of rivers and streams

DIET: Omnivorous and will accept most foods including flake, algae wafers, blanched vegetables and live food. Will enjoy frozen bloodworms.

FACT: So are best kept in cooler tanks. Balitorids are really interesting fish to watch. Although peaceful, most will defend territories, either to sequester feeding resources like a nice patch of algae, or to keep other fish away from a potential breeding site. 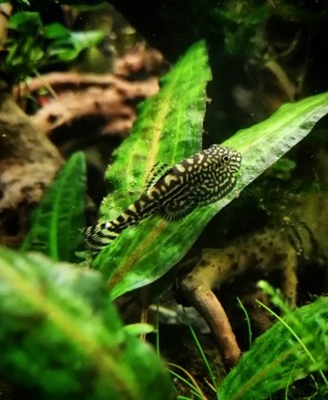 LOCATION: They live in fast moving rivers and streams. Widespread throughout China.

HABITAT: The fish inhabits mainly in depthless rivers with fast flow and upstreams highly saturated with oxygen, small tributaries of rivers and streams

DIET: Primarily an algae eater. It will take all types of sinking foods, but plant-based items should make up the bulk of the diet. This fish will graze algae all day if it is available.

FACT: Males dig multiple spawning holes in substrate under edge of pebbles by using their tail to clean the substrate. The male attracts female to a chosen site by fluttering his fin in clircles around female. 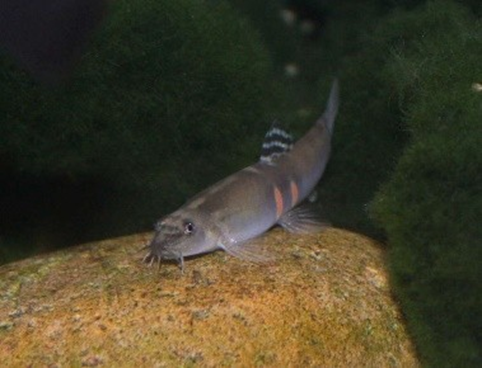 HABITAT: Restricted to shallow, fast-flowing, highly-oxygenated headwaters and tributaries characterised by stretches of riffles and runs broken up by pools or cascades in some cases

DIET: Much of the natural diet is composed of benthic algae plus associated micro-organisms although insect larvae are probably taken on an opportunistic basis

FACT: The Gold Ring Butterfly Sucker is also known as the Tiger Hillstream Loach. It is a hardy and beautiful addition to any tropical freshwater aquarium. It uses its fins to attach itself to rocks allowing it to survive in fast moving currents. 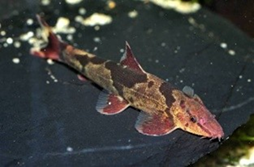 HABITAT: Like most Schistura it inhabits clear, well-oxygenated, fast-flowing water around watersheds and headwaters.

FACT: Schistura balteata is the original Sumo loach, now known as 'Sumo I' in the trade, and is plainer in appearance than 'Sumo II'. The front of the body is a similar greyish colour, but with fainter blotches on the dorsal surface, and the rear is a muted shade of salmon pink. 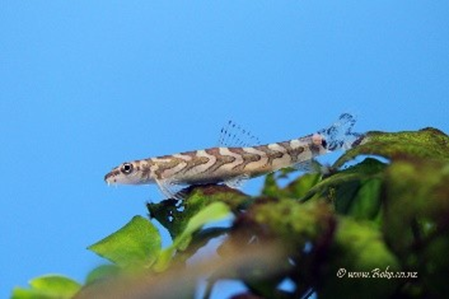 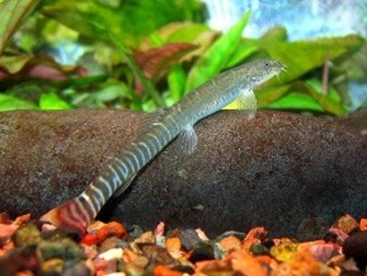 DIET: omnivorous although the bulk of their diet consists of small insects, worms, crustaceans and other zooplankton with only relatively small amounts of plant matter consumed.

FACT: Batik Loaches are hardy, personable, and generally peaceful. They are good for a community aquarium, but with reasonably robust tank mates. They can and will defend their territory nipping the fins of others, especially when feeding. They are best kept singly. 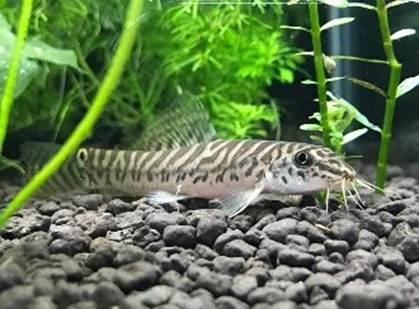 DIET: The bulk of its natural diet probably consists of insect larvae, worms, crustaceans and other zooplankton

FACT: The red-tailed loach is optimally adapted to this life by an extremely elongated body and a large, paddle-like caudal fin. In addition to this, the species possesses adhesive organs at the inferior side of the outer pectoral and pelvic fin rays. There are numerous local variants of the red-tailed loach. 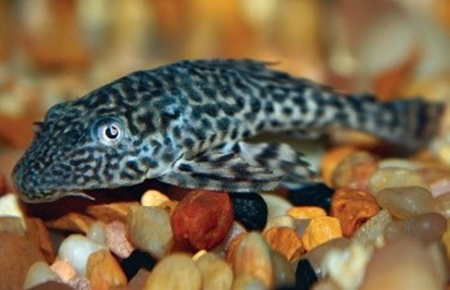 HABITAT: In general it shows a preference for stretches of streams and small rivers where leaf litter and other debris collects, areas of open sand or mixed cobbles, rocks, and boulders.

DIET: Chiefly a micropredator feeding on insect larvae and suchlike in nature.

FACT: The Zipper Loach Acanthocobitis botia is a beautiful, slender, elongated fish with a decorative pattern, especially as a juvenile. It is also a nice sized river loach reaching between 3 to 4 1/3 inches (10 - 12 cm) in length, though generally staying on the smaller size in the aquarium.