LOCATION: Coral Cat Shark are found across the Indo-West Pacific, from Pakistan to New Guinea. Its range extends as far north as the Ryukyu Islands.

HABITAT: Shallow coral reefs. An inshore species, the coral catshark inhabits coral reefs and live in crevices and holes in the reef. 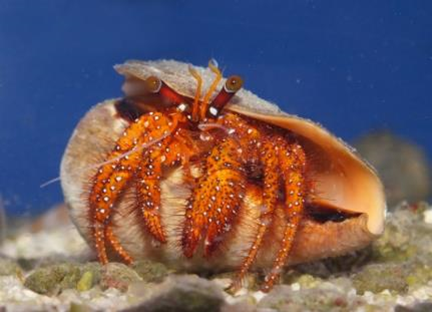 LOCATION: Living in reefs in the Indo-Pacific region from Africa to the South China Sea and Hawaii.

HABITAT: These crabs spend most of their life underwater as aquatic animals, live in varying depths of saltwater from shallow reefs and shorelines to deep sea bottoms and rarely leave for land.

FACT: Unlike true crabs, if a hermit crab gets sick of its shell, it can move out. In fact, they have to change shells as they grow. While gastropods like whelks, conch and other snails make their own shells, hermit crabs seek shelter in the shells of gastropods. Hermit crabs can commonly be found inhabiting the empty shells of animals such as periwinkles, whelks and moon snails. They usually don't steal shells that are already occupied. Instead, they'll search for vacant shells. 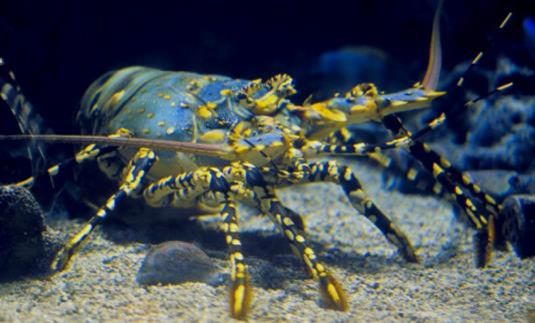 LOCATION: This species is known from the Indo-West Pacific. It ranges from Natal in South Africa, along the coast of East Africa and the Red Sea, to southern Japan, the Solomon Islands, Papua New Guinea, Australia (Northern Territory south to New South Wales), New Caledonia and Fiji .

HABITAT: This species is known from slightly turbid coastal waters, sandy and muddy substrates, rocky and coral reefs; most commonly to depths of 8 m, though there are a few records documenting it to 50 m

DIET: The ornate spiny lobster eats snails, clams, crabs, and sea urchins. It is also a scavenger, meaning that it will sometimes eat dead things, like fish, that it finds on the floor of the reef. Since it eats other animals, it is a carnivore.

FACT: The ornate spiny lobster does not have big front claws, but it does have long spines covering much of its body and its antennae. Its front two antennae can grow up to 2 feet (61 cm) long, and it uses them to sniff out its prey. 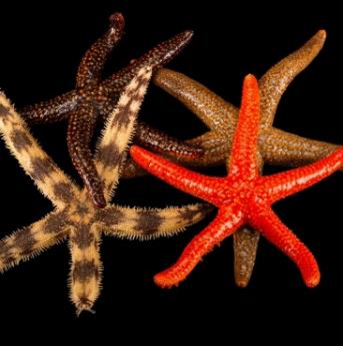 COMMON NAME OF THE SPECIE: Starfish

LOCATION: Starfish species inhabit all of the world's oceans.

HABITAT: Mainly a marine group, asteroids are found in all the oceans. Except for a few species which inhabit brackish waters, asteroideas are benthic organisms found in marine environments.

DIET: Asteroideas are mainly scavengers and carnivores. In many areas where they are found they are high level predators. Asteroideas feed on slow moving prey and other invertebrates.

FACT: Although they are named "starfish", they are not related to fish at all. Starfish belong to the group of marine invertebrates which also include sea cucumber, sea urchin and sand dollar. 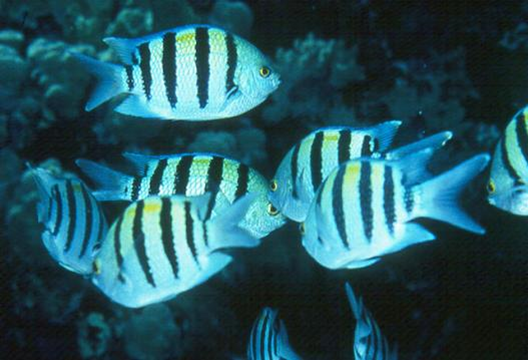 LOCATION: They are found in the Western Atlantic from Rhode Island, USA of North America, to Uruguay of South America. There are abundant populations found on Caribbean reefs and around islands of the mid-Atlantic. In the Eastern Atlantic they are found at Cape Verde and along the tropical coasts of western Africa south to Angola.

HABITAT: Abudefduf vaigiensis inhabits the upper edge of outer reef slopes and inshore rocky reefs at depths of 1-15 m, while the juveniles of this species associate with drifting seaweed

DIET: The Sergeant Major Damsels are omnivores, In the wild they will eat all sorts of foods including small fish, fish eggs, various life stages of invertebrates, many types of algae, zoanthids

FACT: Males turn more bluish during spawning.They build nests on rocks or coral ledges.Then, females lay their eggs in the nests and the male fertilizes them. Males guard and aerate the eggs until they hatch.