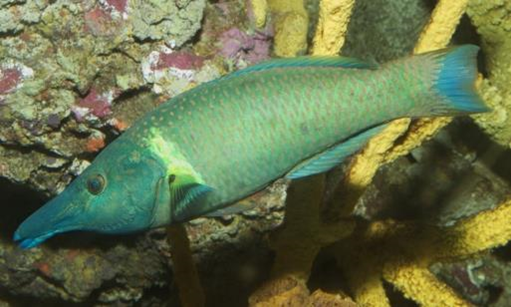 LOCATION: The bird wrasse is found in tropical and subtropical waters of the Indo-Pacific, from the eastern part of the Indian Ocean to the oceanic islands of the Pacific Ocean, including the Hawaiian archipelago.

HABITAT: This species inhabits lagoons, coral rich areas, rocky and seaward reefs at depths of two to at least 30 m. Juveniles are sometimes found in seagrass. It is common on both ocean-side and lagoon reefs. Abundance is positively correlated with coral topography.

DIET: These fish are very active carnivores and need to be fed several times a day. They will eat any brine shrimp, mysis shrimp, shaved fish or shrimp flesh, flake, squid and mussels.

FACT: they are all born female and then may change to male at a later time. This change will take place depending on social circumstances and food availability. 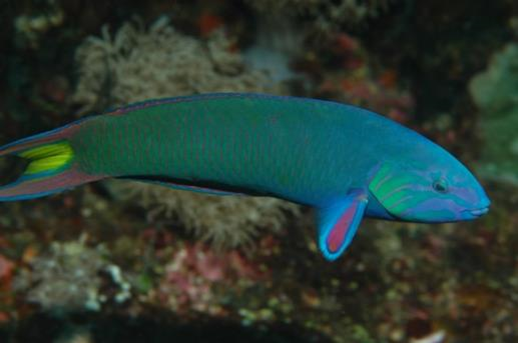 HABITAT: This species is diurnally active, and inhabits coral, coastal, rocky and sheltered reefs at depths ranging from one to 30 m. In Hong Kong, it was found in areas of corals, boulders and bedrock along sheltered and highly exposed shores.

DIET: The Moon Wrasses or Lunar Wrasses are carnivorous, in the wild they eat benthic invertebrates, especially crustaceans such as crabs, shells, and shrimp. They also eat fish eggs and snail eggs.

FACT: Being diurnal, wrasses have strong vision, although they also have a decent sense of smell. 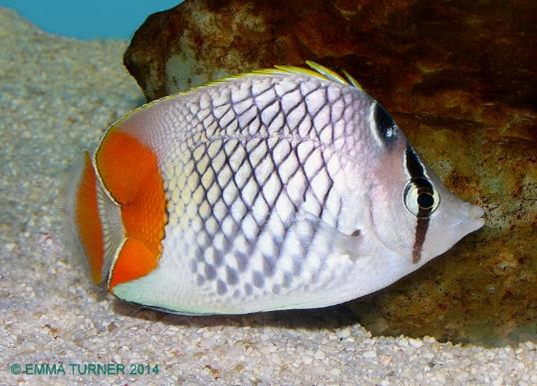 HABITAT: Pearlscale Butterfly Fish are found at depths between 33 - 164 feet (10 - 50 m). Their natural habitat ranges from clear coastal to outer reef slopes and drop-offs where there are live coral reefs.

DIET: The Pearlscale Butterflyfish are omnivores, in the wild they feed on benthic invertebrates and algae.

FACT: Butterflyfishes have very fine hair like teeth that enable them to pick out small organisms inaccessible to most other fish for eating 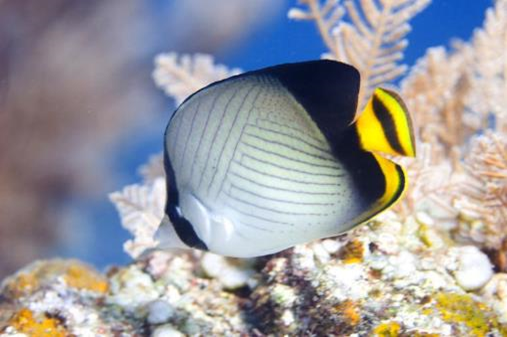 LOCATION: It is found in the Indo-Pacific region from the Red Sea and off East Africa as far east as the Tuamotu Islands, north to southern Japan and south to the Austral Islands.

HABITAT: They occur in an assortment of natural habitats from back reefs, reef flats and fore-slope reefs to coastal reefs and lagoon reefs. They have even been found in the more brackish conditions of estuarine waters, this is where there is an influx of freshwater near the mouth of streams.

DIET: The Vagabond Butterflyfish are omnivores, in the wild they feed on algae, stony coral polyps, soft corals, anemones, and all sorts of non-coralline invertebrates

FACT: They often accompany other species without being aggressive. 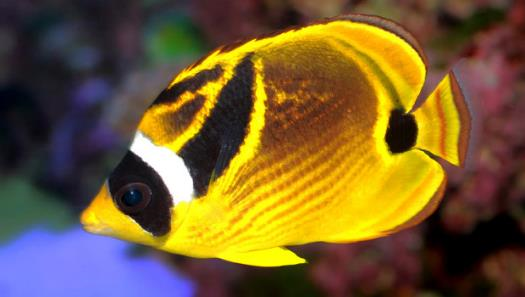 HABITAT: Racoon Butterfly Fish are associated with most reef habitats, from seaward reefs to lagoons and channels. They occur over fringe reefs, reef flats, back reef areas, foremost reef slopes, and commonly over rocky areas.

DIET: The Raccoon Butterflyfish are omnivores, in the wild they feed on soft coral polyps, hard coral polyps, algae, and a variety of other Cnidarians as well as benthic organisms.

FACT: They spend their days tirelessly pecking at coral and rock formations with their long, thin snouts in search of coral polyps, worms, and other small invertebrates.