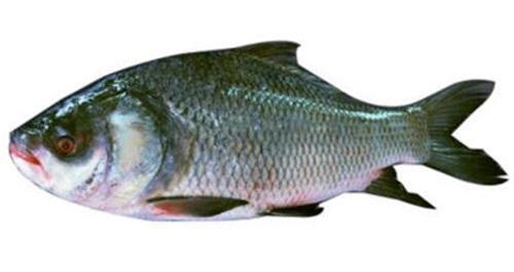 COMMON NAME OF THE SPECIE: Catla

LOCATION: It is found in South Asia. It is native to rivers and lakes in northern India, Nepal, Myanmar, Bangladesh, and Pakistan, but has also been introduced elsewhere in South Asia and is commonly farmed

HABITAT: The Catla fish is a freshwater species, and it is found rarely in brakish water. Some common habitats of this fish species are baors, beels, canals, ditch, floodplains, haors, lake, ponds and lakes. The fish is generally marketed in fresh condition, and it command a good market price and consumer demand.

DIET: For commercial fish farming, they can be feed on both natural and supplementary feeds. Commercial carp fish feeds are usually good for them for better production. They are also well habituated in taking wheat bran, rice bran, mustard oil cake and other supplementary fish feeds under aquaculture system.

FACT: Catla fish grow very fast and are one of the most umportant aquacultured freshwater fish species in South Asia. 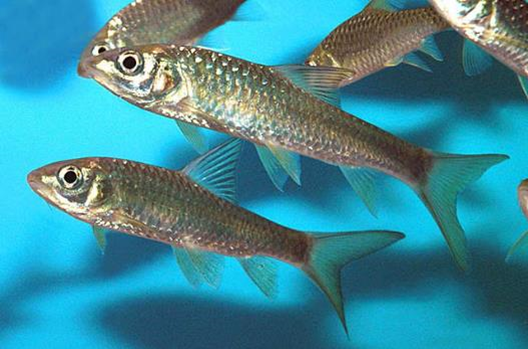 LOCATION: The species has been reported from across the Himalayan region and elsewhere in south Asia and southeast Asia, ranging from Afghanistan, Pakistan, India, Nepal, Bangladesh, Bhutan, Sri Lanka, Myanmar, western Iran to eastern Thailand.

HABITAT: Inhabits the montane and submontane regions, in streams and rivers. T. putitora is a major tor distributed in mid hills stretches of Himalayan region. It inhabits rapid streams with rocky bottom, riverine pools and lakes. It seems that Sahar neither inhabits the warm terai climate nor streams of very cold climate; but in natural conditions it inhabits moderately cold and climate regions of tropical highlands.

DIET: It is omnivorous in nature during their adult stage and feed on periphytic algae and diatoms in juvenile stage.

FACT: Ascend streams to breed over gravel and stones and returns to perennial ponds after breeding. The most common Himalayan mahseer and a very attractive sport fish, with excellent food value.