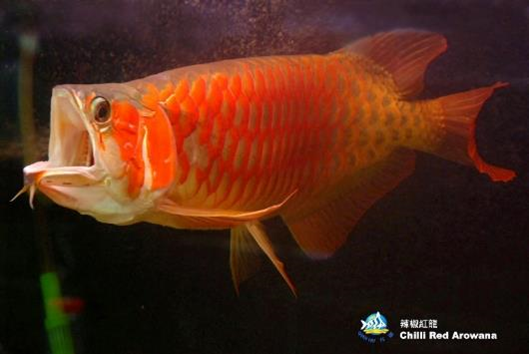 HABITAT: This is a fairly large mouthbrooding fish which lives in lakes, deep parts of swamps, flooded forests and stretches of deep rivers with slow currents and dense, overhanging vegetation.

DIET: The Arowana are omnivores with a natural diet that mainly consists of fish, but also insects such and insect larvae. They will also eat plant matter but this is a small part of their diet. They are also known to eat just about anything in the wild that fits in their mouths including birds, snakes, turtles, and rodents.

FACT: Dragonfish hold a very special place in chinese culture and get their name from the resemblance to the Chinese dragon. 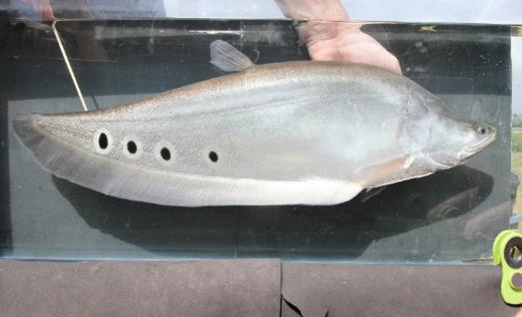 LOCATION: They are found in South East Asia; Thailand, Laos, Cambodia, and Vietnam.

DIET: The Clown Featherfin Fish are carnivores. In the wild they are predatory animals, primarily piscivores, which means they mostly eat fish. In the Aquarium they prefer to eat fresh foods such as worms or small fish, but it is a good idea to do your best to condition them to eat sinking pellets or some other dried food of substance. This will make feeding them much easier and less costly.

FACT: Their ability to utilise atmospheric oxygen emables them to survive in water with low oxygen content.

LOCATION: It occurs in the Indian subcontinent in the Indus , Ganges , Brahmaputra and Mahanadi .

HABITAT: This species occurs in the Mekong mainstream and larger tributaries, especially in rocky rapid and submerged wood areas. Local people have reported spawning behaviour over rocky substrates, with parental care given to young.

DIET: feed on smaller fishes, crustaceans, and other invertebrates. In an aquarium environment, they adapt well to live, fresh dead, and frozen alternatives.

FACT: The Royal Knifefish show a definite preference for rocky habitats in the deeper pools and rapids of moderate to fast flowing water.

COMMON NAME OF THE SPECIE: Tapah

FACT: The Malaysian town of Tapah and different tropical storms named Tapah have been named after this fish. 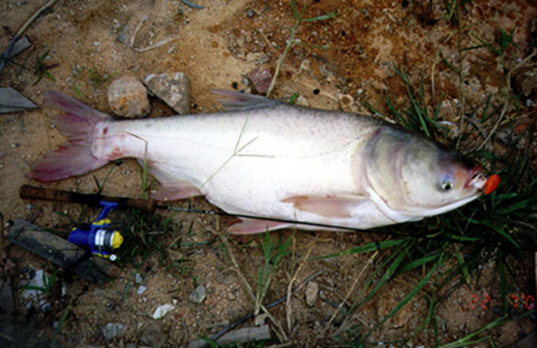 LOCATION: Is reported to be native to central and south China. Introduced to numerous countries and has achieved a near global distribution. Established reproductive populations in Europe, North America and Central Asia.

DIET: They are voracious eaters and consume wide range of zooplanktons, detritus and small invertebrates. They lack true stomach which requires them to feed almost continuously

FACT: It is one of the most intensively exploited fishes in aquaculture. The Big Head Carp also lack a true stomach which requires them to feed almost continuously

COMMON NAME OF THE SPECIE: Pangasius

LOCATION: The Iridescent Shark is native to the Mekong basin, as well as the Chao Phraya River and Maeklong basin, chiefly in Thailand, Myanmar, Laos, and Vietnam.

HABITAT: They have also been Introduced into other river basins for aquacultural purposes. They are found as juveniles in schools of large numbers, especially in stretches of rapids in major Asian rivers, but are loners as adults

DIET: The Iridescent Shark Catfish is an omnivores species, known to consume generally anything that it can find. As they grow larger, they are known to consume more live and meaty foods. As they get older they loose their teeth, and like the Pacus, become more and more vegetarian. In the home aquarium they will generally eat all kinds of live, fresh, flake and pellet foods. These fish must have a balanced diet of green and meaty foods.

FACT: The Iridescent Shark Catfish share a very long history with humans and Southeast Asian nations have been utilizing it as an important food fish for hundreds of years and it is also a popular aquarium fish. 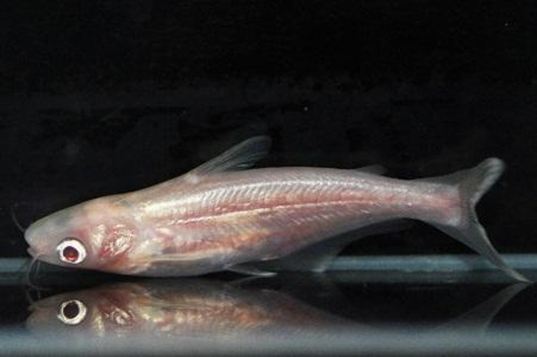 HABITAT: Most of the fish available in the trade have been mass-bred for the purpose, and it’s also cultivated for food in most of its native countries.It’s a pelagic species inhabiting main river channels and larger tributaries.

DIET: It’s omnivorous, although a juvenile will require a good amount of protein in the diet in order for it to develop and grow at the correct rate. A varied diet consisting of chopped earthworm, bloodworm and dry pelleted foods.