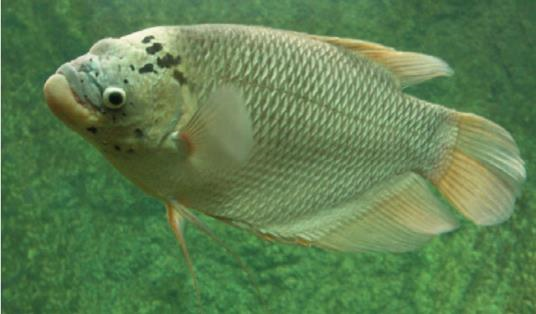 LOCATION: It is found in South Asia, Thailand and Indo-China

HABITAT: It lives in fresh or brackish water, particularly slow-moving areas such as swamps, lakes, and large rivers.

DIET: Feeds on both plants and animals such as some aquatic weeds, fish, frogs, earthworms and sometimes dead animals

FACT: Its ability to breathe moist air allows it to survive out of water for long periods of time. 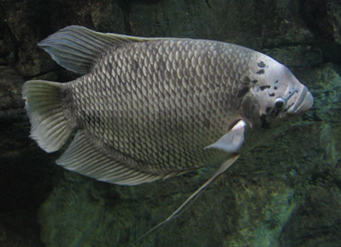 LOCATION: They are from southeastern Asia, found in Malaysia and Indonesia.

HABITAT: These types of fish are also found in the stagnant water of swamps and marshlands as well as in canals where the water moves sluggishly.

DIET: The Giant Red Tail Gourami are omnivores. In the wild they will eat aquatic algae as well as fish, crustaceans, frogs, worms, and even dead meat.

FACT: Characteristic of gouramis, they have a special 'labyrinth organ' which enables to survive in oxygen-depleted waters. This organ allows them to absorb atmospheric oxygen directly into the bloodstream by gulping air at the surface. 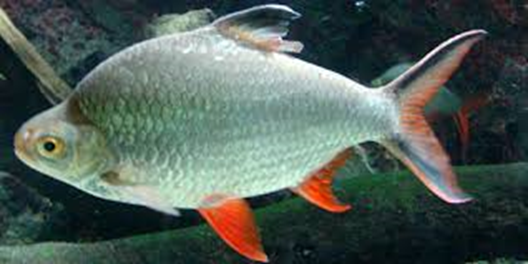 LOCATION: This barb is found in Southeast Asia in the Mekong and Chao Phraya basins of the Mun River as well as the Maeklong, Peninsular and Southeast Thailand river systems. They are also found in Cambodia, Vietnam, and Lao PDR.