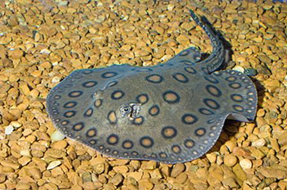 FACT: It was the first species to be described in the family and is also the most widespread, ranging throughout much of the Río de la Plata, Amazon, Mearim and Orinoco basins in tropical and subtropical South America 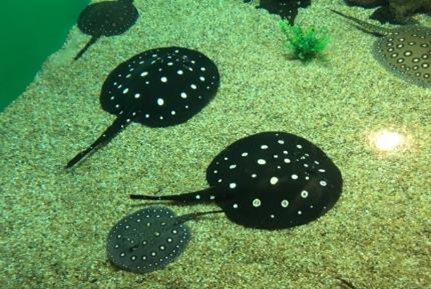 LOCATION: It is endemic to the Xingu River basin in Brazil and prefers rocky bottoms

HABITAT: Like other members of the genus it inhabits a variety of biotopes. These include sand banks, the shallows of major rivers and slow-moving tributaries with substrates of mud or sand. It also move into areas of flooded forest during the annual wet season and can later be found in terrestrial lakes and ponds formed by the receding flood waters.

DIET: Wild rays feed chiefly on other fish and aquatic invertebrates, including worms and crustaceans. They’re active fish with a high metabolic rate and as such will need feeding at least twice a day.

FACT: P. motoro is one of the most popular members of the genus with aquarists. Whilst it is quite easily obtainable and hardy once settled in, it does grow very large so make sure you can house it adequately long term. DIET: Feeds primarily on insects and aquatic crustaceans in nature. While dried foods are usually accepted, a good proportion of the diet should contain meaty foods such as prawns, mussel, bloodworm, chopped earthworms etc.

FACT: This species can look quite stunning when cared for properly. It can sometimes be a little delicate when initially imported, as it has very large scales which tend to fall off during transport. Once acclimatised, it usually proves fairly hardy. 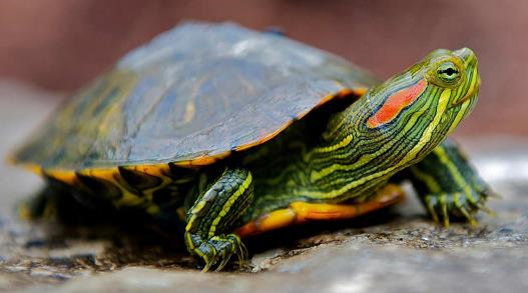 LOCATION: Red-eared Sliders are found in the United States from Virginia to Florida and west to Kansas, Oklahoma, Texas, and New Mexico. They have also been introduced into habitats throughout the world.

HABITAT: They are often found in slow-moving streams, creeks, lakes, ponds and marshes with a fresh and warm water supply.

DIET: Red Eared Sliders exhibit a feeding pattern typical of many freshwater turtle species. As young, they are carnivores, eagerly consuming insects, insect larvae, and a variety of other invertebrates. As they grow, they begin feeding on a variety of plant matter in addition to the live prey.

FACT: These are some of the most prolific and widespread species of freshwater turtles in the world. In addition there are several beautiful color morphs of the Red-eared Slider available; including albino, pastel, and leucistic.