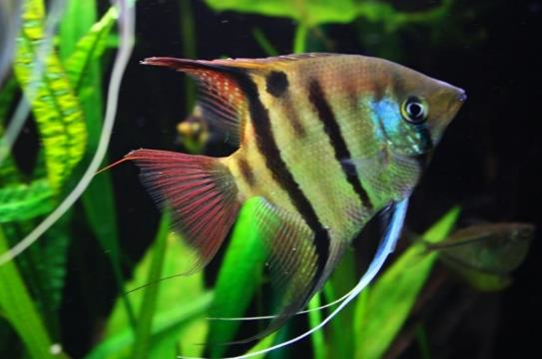 LOCATION: They are found in northern South America.

HABITAT: they are found almost exclusively in quiet, slow moving water. In the wild they prefer dimly lit areas, under overhanging vegetation or among trees that have fallen into the river.

DIET: Natural diet is fruits,ants, termites, and food particles collected from the detritus at the bottom of the stream or river. Is omnivorous and will generally eat anything offered. Caution must be given not to overfeed, as this fish will overeat causing excess fat and a shorter life.

FACT: It is one of most aggressive angelfish which can hold it’s own quite well with tankmates of aggressive behavior, it will be fine. 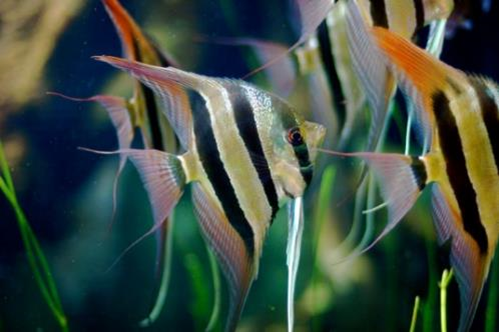 HABITAT: In the wild these cichlids live in river watersheds and flood plains where there are moderate amounts of water flow, submerged tree and plant roots, and underwater vegetation.

DIET: Since they are omnivorous, the Altum Angelfish will generally eat all kinds of live, fresh, and flake foods.

FACT: The Altum is considered the most peaceful of all angelfish species. It is a bit timid however, and can be frightened by shadows and fast movements. This is especially true when first acquired, but once acclimated it is a friendly and personable fish. 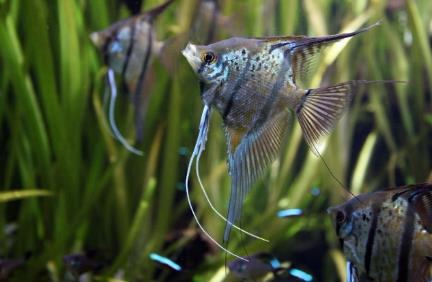 LOCATION: It is native to the Amazon Basin in Peru, Colombia, and Brazil.

HABITAT: It’s found in numerous river systems.Wild fish are rare in the hobby these days though, with the vast majority of the ones on sale being mass-produced in the Far East and Eastern Europe.

DIET: Omnivorous but wild fish feed predominantly on various items of zoobenthos such as small crustaceans and other aquatic invertebrates. today’s tank-bred fish are far-removed from their ancestors Will accept pellet or flake food in the aquarium. Relishes live or frozen foods.

FACT: All strange colours are due to heavy inbreeding. In the wild this species is as strong as most other cichlids of similar weight, but strong individuals are very rare in today's aquarium trade.