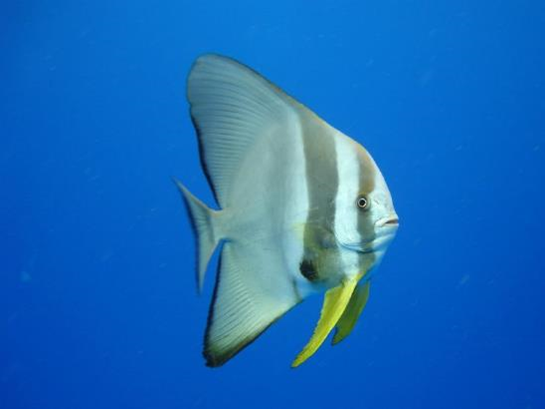 FACT: They will change colour from silvery white with no bands, to brown with darker banding as you watch, and then fade back to silver again.

LOCATION: Its range extends from the Red Sea and East Africa in the east to the Tuamotu Islands in French Polynesia in the west, and from southern Japan in the north to northern Australia and New Caledonia. It has also been recorded off the coast of Florida.

HABITAT: In the wild, the orbicular batfish is found in brackish or marine waters, usually around reefs, at depths from 5 to 30 meters. Juvenile fish are solitary or live in small groups, among mangroves or other inner sheltered lagoons. Adults are found in more open waters and at greater depth.

DIET: Orbiculate Batfish are omnivorous, meaning they consume both animal proteins and plant matter. This diet should be replicated as accurately as possible in captivity. The acclimation/quarantine period is key to establishing the new fish's diet. Initially, it may be necessary to offer live food. If this is the case, depending on the size of the batfish, either live brine, mysid, or ghost shrimp should do the job.

FACT: The young batfish are very well camouflaged and hide in mangroves and lagoons, whilst the adults have very few predators, so they swim in more open waters. 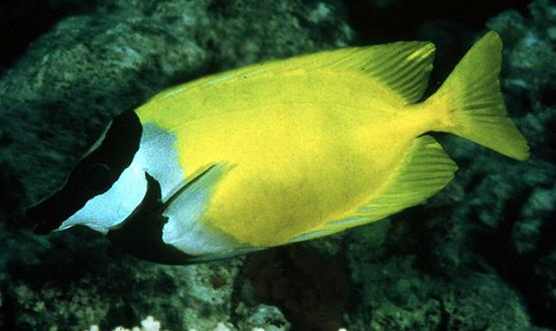 LOCATION: This species is found in the western Pacific from Indonesia to the Marshall and Gilbert islands, south to New Caledonia and north to Taiwan.

HABITAT: This species occurs in coral-rich areas of lagoon and seaward reefs, often among staghorn corals. It has been reported to 30 m depth

DIET: Siganus vulpinus is omnivorous, eating mostly algae and zooplankton.[4] From time-to-time, if hungry, it may nip at corals, such as Zoantharia (zoanthids and button polyps). Though not an obligate herbivore, the foxface rabbitfish does require algae in its diet.

FACT: Rabbitfish is able to change the color of the body during the night or when it is faced with danger and to blend with the colors of its environment (to become nearly invisible).