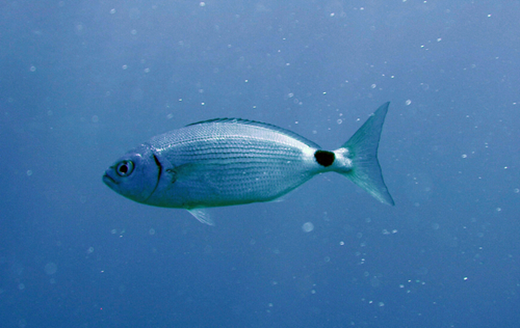 LOCATION: Oblada melanura is widely distributed in eastern Africa and is known from the Straits of Gibraltar to Angola, including Madeira and the Canary and Cape Verde Islands. This species extends northwards into the Mediterranean and to the Bay of Biscay.

HABITAT: It is a coastal species forming aggregations over rocky bottoms or seagrass beds.

DIET: They are Omnivorous and feed on seaweeds, sponges and bivalves, crustaceans, worms, molluscs, and fish.

FACT: Usually male or female but with some fish are hermaphroditic protogynous. They begin life as females to become males later when they mature. 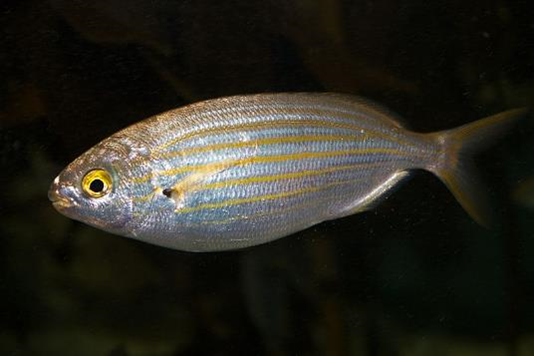 LOCATION: It is found in the East Atlantic, as well as the Mediterranean, it also ranges from the Bay of Biscay to South Africa. It has occasionally been found as far north as Great Britain. It is generally common and found from near the surface to a depth of 70 m (230 ft).

DIET: Omnivorous as a species, yet the younger fish are mainly carnivorous usually feeding on crustaceans while the adult fish are exclusively herbivorous.

FACT: Has characteristic golden stripes can cause hallucinations when eaten! 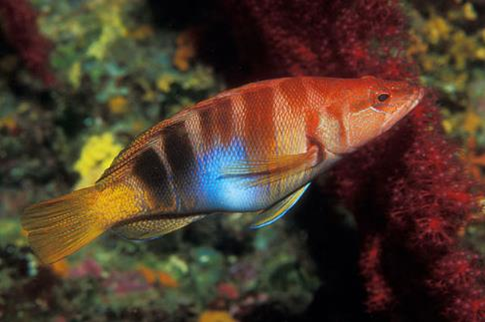 LOCATION: Serranus scriba can be found from the Straits of Gibraltar to Senegal, including the Canary Islands. It also ranges from the Mediterranean and Black Seas, to the coasts of Portugal and Spain to the Bay of Biscay. Its depth ranges from shore to 150 m

HABITAT: It lives in shallow, rocky bottoms from the shore to 150 m in depth. Also found in muddy & algal or sea grass over grown substrats

FACT: Spawning is seasonal and controlled by the moons phase. 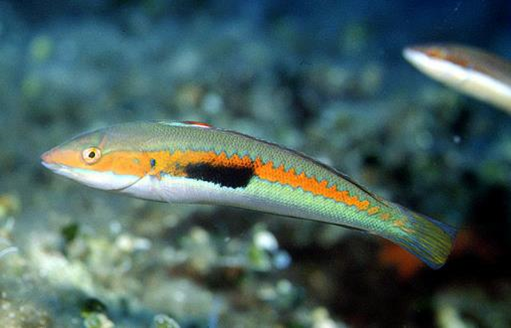 LOCATION: Epinephelus costae is found in the eastern Atlantic from Portugal south to central coastal Angola, including the Cape Verde Islands and the Canary Islands as well as the Mediterranean Sea.

HABITAT: Epinephelus costae is a demersal species found on sand, mud or rock bottoms 20 to 80.

DIET: They feed on crustaceans, fish and molluscs.

FACT: Their spawning is seasonal and controlled by the moons phase. 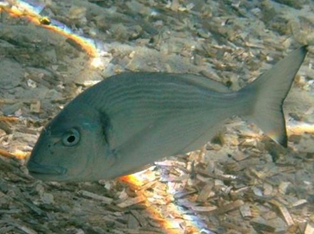 LOCATION: In the Eastern Atlantic, this species has a possibly disjunct northern European distribution from central Norway to Spain and Portugal, and thence occurs southwards along the West African coastline to around Senegal. It is not present around the United Kingdom or Ireland. It is also reported from the Azores, Selvagens, Madeira and the Canary Islands.

HABITAT: This common species generally occurs in littoral and inshore coastal waters around rocks and over seagrass beds. During the winter it can be found in deeper waters. It is typically found in aggregations but can also be found as solitary individuals, especially in rocky habitats. During the night, or when disturbed, it can bury itself in the sand.

FACT: The females change to males before reaching 18 cm in length. 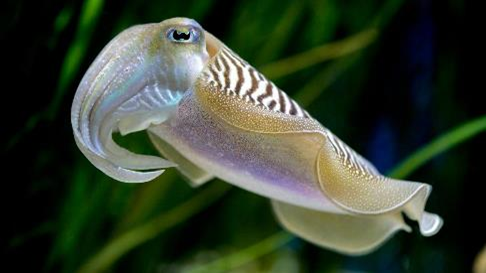 LOCATION: Sparus aurata is widely distributed in the eastern Atlantic and is known from southern Ireland to Mauritania, including the Canary Islands and possibly to Senegal. It is present throughout the Mediterranean Sea and the western and southern Black Sea. The depth range for this species is from one to 150 m.

DIET: They feed on invertebrates and bivalves

FACT: They are highly sensitive to temperature and anything lower than 4C is lethal to them.